I’m at Dragon*Con this weekend, my second time here now. I decided that if I was going to Dragon*Con again, I needed to do something in terms of costuming, and I wanted it to be something unique – I wasn’t going to come anywhere near as epic as some of the costumes people pull off, but I wanted something that was going to be a little impressive, hopefully totally unique, and perhaps slightly insane.

I’ve had, for a long time now, a thing for building tricky things out of duct tape, so, over the last few weeks, I’ve put together a duct tape storm trooper helmet: 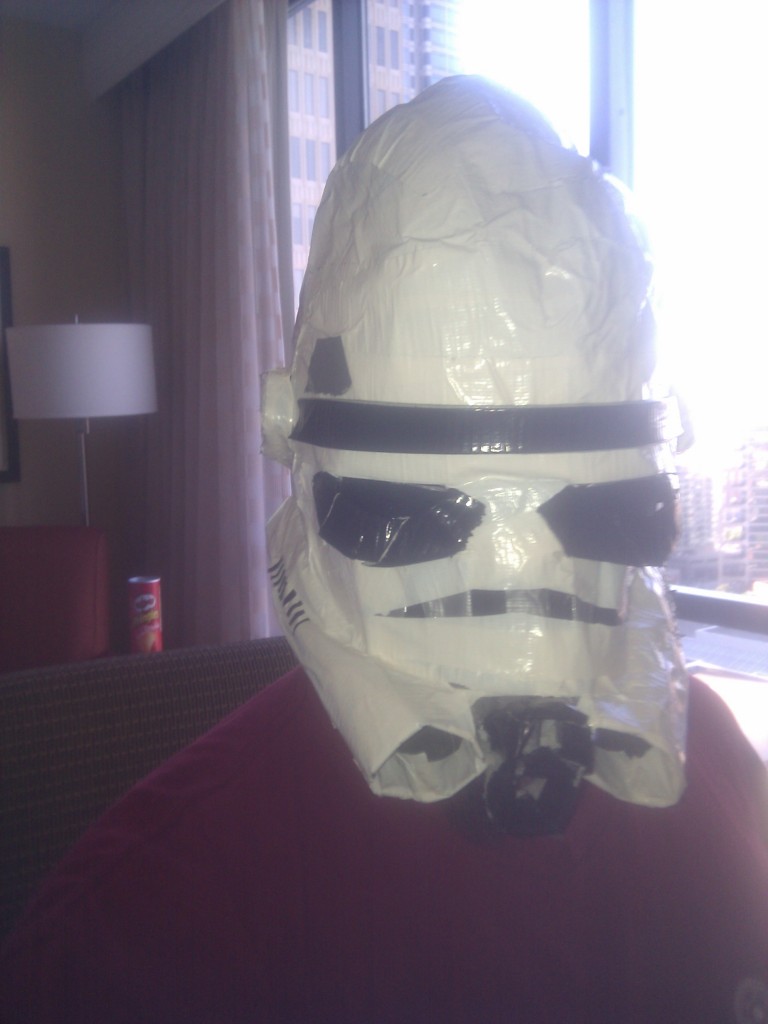 (Apologies for the shitty camera-phone picture, that’s all I’ve got right now)

On the whole, I’m pretty pleased with how it turned out. The helmet is 100% duct tape – it’s not built off of some other base, with the exception of the pair of prescription sunglasses I disassembled mounted behind the eye holes, which mean that I can actually see while wearing the helmet.

I think the main mistake I made is actually making it slightly too small – it’s a little uncomfortable to wear, and you can often see my goatee peeking out from under the front, which is not a great effect. After that, there are some issues with the shape of the front of the helmet I would fix if I did it again, but it’s still clearly very recognizable, and I’m satisfied for a first pass.

I’m undecided whether I’ll try again. Part of me is tempted to expand it into an entire suit of stormtrooper armor, but that also sounds insane.